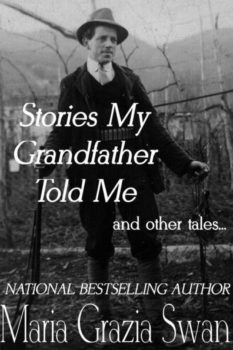 Stories My Grandfather Told Me… and other tales

I grew up in a small Italian town at the foot of the Alps. We didn’t have television, computers, or any other type of home entertainment. During the long winter evenings we listened to stories. My grandmother could tell fantastic tales of fairies and monsters. Often cousins and other neighborhood kids will gather in our kitchen to listen to Grandma spin her magic.

There were a few occasions when she would be up until late to finish a chore, and I would ask my grandfather to tell me a bedtime story. My grandfather’s stories were ‘real life’ ones. According to him, of course. Back then I never doubted him and as I grew older and reflected on it, I began to think that indeed they were true slices of his life and that at some level they were meant to teach me something. That inspired me to blog about it at first, and finally I decided to share some of his and my stories with you. I hope we don’t disappoint you.